PPC: The Boardgame: Rivendell Edition
Created in 2003-2004, this was the very first PPC game created. It... isn't very good.
A game for two to four players/teams

In this game, based on a PPC team working in a 'Sued version of Rivendell, there are two types of Player: The Agent and the 'Sue. For two players/teams, one controls the Agents and the other controls the 'Sues. If there are four players, the two 'Sues and the two Agents may be treated as separate teams, working against each other.

The two types of players have different Objectives. The 'Sues must capture FOUR Lust Objects and get them to the bedroom (the room where Frodo and Sam begin). The Agents must aquire FOUR Charge Cards, and then catch and charge each 'Sue.
STARTING

The required pieces are: Two Agents, two 'Sues, seven Lust Objects (Legolas, Frodo, Sam, Merry, Pippin, Boromir, Aragorn) and four Canons (Elrond, Gimli, Arwen, Gandalf). The names of the Lust Objects and Canons can be altered to fit the desires of the players, but are currently given suitable starting locations, marked by letter (Initial letters, with Gi for Gimli and Ga for Gandalf).
MOVING

All pieces can move one space at a time, in any direction (excluding diagonals), with the following exceptions:

--'Sues who are within four spaces of an un-captured Lust Object can move up to three spaces in a straight line, by going into Fangirl Mode.
--Agents who are within five spaces of a 'Sue within one of the charge zones can move up to two spaces in any direction.
--LOs within four spaces of a 'Sue, but are not captured, can Flee, moving two spaces at a time until outside the 'Sue's range.
FANGIRL MODE

In Fangirl Mode, a 'Sue can move three spaces in a straight line in any direction, including diagonally. They may pass through obstacles, including walls, trees, Canons, and Agents. A 'Sue may only enter Fangirl Mode if she is within four spaces of an uncaptured Lust Object.
OBSTACLES

Pieces may not move over obstacles (Trees, walls, water, items) unless they are a 'Sue in Fangirl Mode.

Agents may not come into direct contact with 'Sues unless it be to charge them, or unless the 'Sue is in Fangirl Mode. If they do, they lose a charge card of their choice. (NOTE: Direct contact does not occur through walls)
THE COUNCIL OF ELROND

The Council of Elrond occurs after 20 minutes of gameplay. The Agents receive the multicoloured Council of Elrond card, while the 'Sues get to make one Lust Object into a Canon-Sue. A Canon-Sue has all the powers of a 'Sue (ie they can capture LOs, enter Fangirl Mode, and cannot be moved by other players), but does NOT count towards the LO total.
CAPTURING

When a 'Sue comes into direct contact with a Lust Object, that LO is CAPTURED. The LO will now follow in the 'Sues footsteps, and his movements are NOT counted as one of the 'Sue team's moves. He will remain one step behind her. However, captured LOs cannot enter Fangirl Mode, and may be released if the 'Sue does enter Fangirl Mode.

Note that Lust Objects cannot pass through obstacles, and thus may be cut off from their 'Sue. Flee mode and Fangirl mode may be entered regardless of obstacles.

A Charge Card is received whenever an Agent is on a Charge Space while a 'Sue is in the corresponding Charge Zone. The charges are colour-coded with the Charge Zones. Note that each Agent team may receive each Charge Card once, and thus if two teams are playing, two sets of cards are needed.

To kill a 'Sue, Agents must aquire FOUR charge cards and get to a space immediately adjacent to the 'Sue. Both 'Sues must be 'killed' in this manner, but not necessarily simultaneously, and the same charges can be used for both. Charge Cards are not lost when charges are made. 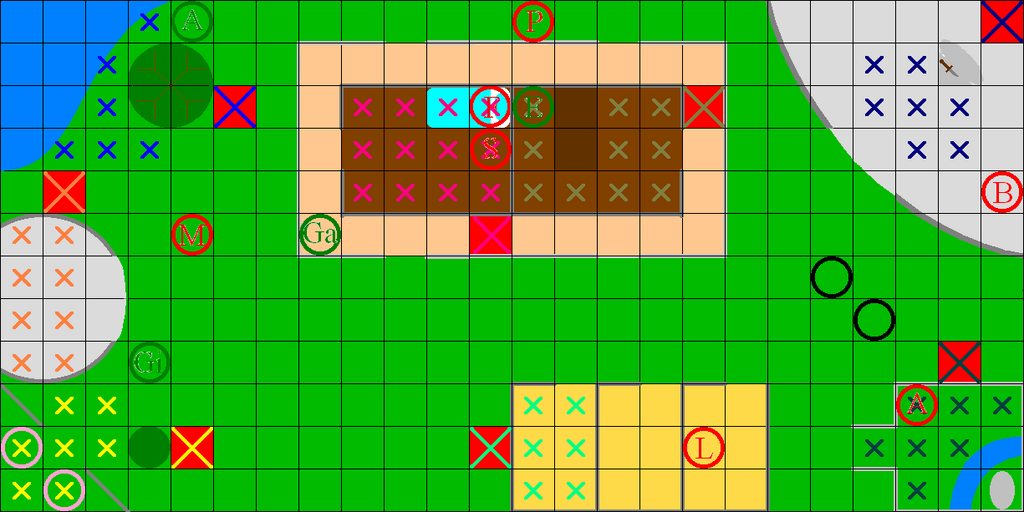